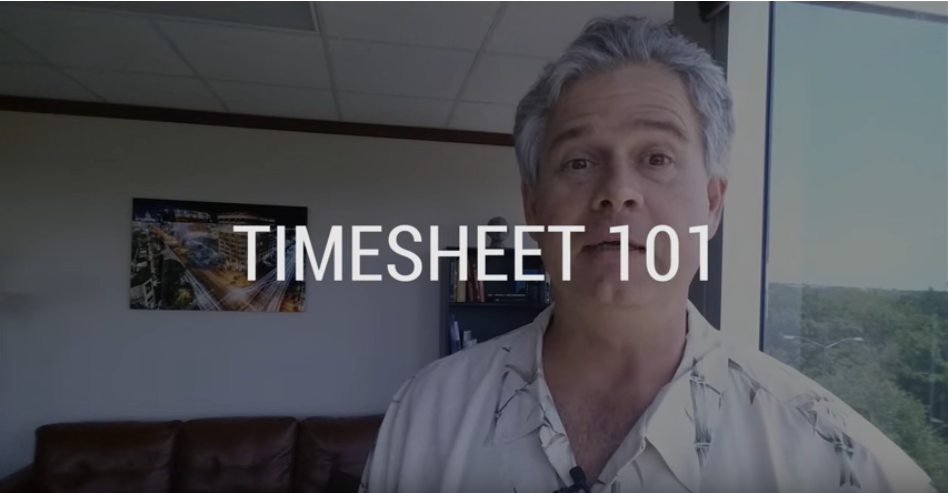 What is a timesheet, and why is it so important? In this episode, Curt explains the 3 basic reasons why companies track time, and why they do so much more than just annoy your employees.

What is a timesheet, why would anyone fill it out, what’s it for, other than to annoy you, I mean?

If you’re paid on an hourly basis, and depending on the state you live in, there may be a wide variety of different regulations around hourly payroll. Your company has to pay extra for over time (usually more than 40 hours/week, although in California, you can work 9 hours in one day and quit the next and they have to pay you extra for that 9th hour.) In some countries, overtime (OT) may kick in at less than 40 hours.

Additionally if you work on state holidays or on Sunday, some places may require your employer to pay you differently, in some cases double time.

Even salaried people may need to track time off for payroll, such as vacation, jury duty, sick days etc. even if those days are unpaid, due to new rules in California. Some of these rules can vary by city, making the tracking task even more horrendous for the employer.

Increasingly, these problems are solved in software. Just like tax forms that everyone used to do on paper, increasingly, things are getting so complicated that timesheet software becomes a necessity.

And that is just payroll. If you work for a firm that sends invoices to clients for your time, like a consultancy or a law firm, you’ll need to track time in the billing system as well.

It sounds simple but some client relationships can be complicated. I’ve seen 500 page invoices before. If you’re doing milestone billings instead of hourly billings for example, then you’ll need to come up with some definition of what a milestone is.

And that sounds pretty nice. Raises all around! Bonuses for everyone!

The Trouble with Time Tracking in Dynamics GP

What’s the ROI of an Automated Payroll System?

The Benefits of Integrating Time Tracking with Your ERP System